What Languages Are Spoken In Finland

Finland is a country where a large number of languages coexist. Finnish and Swedish are the two official languages of the country, there are also several minority languages of a local character that are spoken in specific regions of Finland, we find the linguistic influence of neighbouring countries and, finally, Finns dominate different foreign languages, among which English stands out.

Finnish, the most widely spoken language in Finland

How could it be otherwise, Finnish is the main language in Finland. It is spoken by almost 5 million people, which translates to 87% of the population. It is a language closely related to Estonian and with some influence from the Sami languages.

Finnish languages ​​belong to the Uralic language family, so Finnish is distantly related to languages ​​as diverse as Hungarian and Nenets, a Samoyed language, in Siberia.

Finland is a country that has two official languages. The Swede is the second of them. This is the mother tongue of approximately 9 million people worldwide, of which 300,000 are from Finland, which is equivalent to 5% of the total population of the country.

About 93% of Swedish speakers in the country come from the autonomous province of Åland, an archipelago of Finland located in the Baltic Sea, located between that country and Sweden. Besides this, Vaasa, Helsinki, Porvoo and Espoo are the four largest Swedish-speaking communities in the country.

The number of speakers in Finland has been decreasing over the years. At the beginning of the 20th century, the number of people who spoke Swedish was equivalent to 14% of the total population, so the decrease is considerable. However, children, as it is an official language, learn the Swedish language at school, except for those whose mother tongue is different from these two. Thus, all Finns have a certain knowledge of the language and can defend themselves with it. In addition, as a curious fact, the language of the country’s administration until the end of the 19th century was Swedish.

Russian is the third most widely spoken language in the country with almost 70,000 speakers, representing just over 1% of the total population. The use of this language is restricted to immigrants from the neighbouring country and Finnish areas located on the border with Russia.

A large part of the older generations in the country also speaks Russian as a third or fourth language. This is due to the former Soviet influence in Europe and, more specifically, in Finland. However, Russian is not as popular among the younger generations and is being replaced as a third language by others, such as English.

Sami languages ​​are spoken in the north

Karelian, a minority language of the country

Until World War II, Karelian was only spoken in the Karelian border region on the north shore of Lake Ladoga. The Karelia region became occupied by the Soviet Union, resulting in Finland losing its only Karelian-speaking region. After the war, Karelian immigrants settled throughout Finland, taking the language with them to the rest of the country.

The language has historically been spoken in eastern Finland, although today it is the mother tongue of just over 5,000 people. Also, the Karelian Language Society, in 2001, estimated that there were about 12,000 people in Finland who understood the language. Most of these people, like the Russian, are elderly.

English, spoken by a large part of the population

Thus, you will have no problems communicating if you visit Finland, especially with people under 60 years old, both in Helsinki, the capital, and in the rest of the country. Among people over 60 years of age, the number of speakers decreases due, as we have seen before, to the fact that the older generations chose as a third language other languages, such as Russian. However, it is possible to find older people defending themselves in English as well.

Other languages that are spoken ​​in Finland

There are other languages ​​that, to a lesser extent, are spoken in Finland. The main one is Estonian with a total of 50,000 people who have it as their mother tongue. This is due to the influence of Estonia, its neighbouring country.

Arabic, Somali, Kurdish, Persian and Chinese are other languages ​​that have a greater number of speakers in the country. The reason is the arrival of immigrants from these countries. Furthermore, there are about 8,600 people in Finland whose mother tongue is Spanish, which corresponds to 0.15% of the population.

Finally, we share with you a table, with data from 2019, of the classification of the main mother tongues of residents in Finland:

Did you know all the languages ​​spoken in Finland? Tell us in the comments and, if you found the article interesting, we encourage you to share it on social networks using the icons that you will find just below.

Visa and Travel documents to Finland

10 best things to do in Lapland 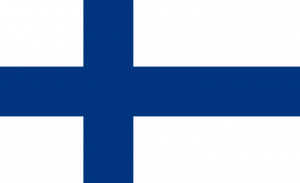 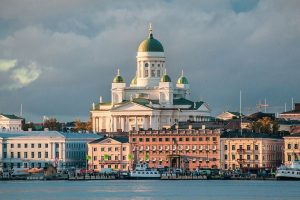 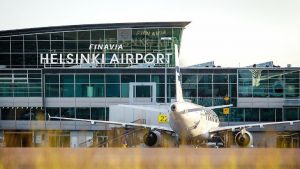 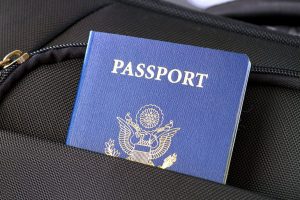